The WordPress.com stats helper monkeys prepared a 2014 annual report for this blog.

A San Francisco cable car holds 60 people. This blog was viewed about 380 times in 2014. If it were a cable car, it would take about 6 trips to carry that many people. 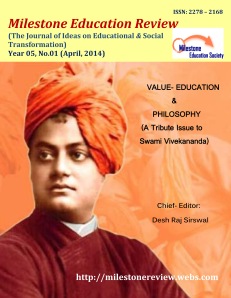 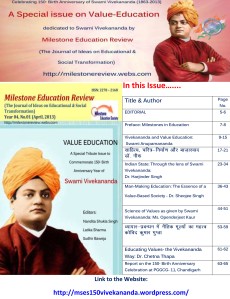 The 150th Birth Anniversary of Swami Vivekananda (12 January, 2013) being celebrated all over India and in different countries of the world. Ministry of Youth Affairs & Sports of India decided to observe 2013 as the year of 150th Birth Anniversary of Swami Vivekananda. Year-long events and programs were organised by different branches of Ramakrishna Math, Ramakrishna Mission, central government and different state governments of India, education institutions, youth groups etc.

Swami Vivekananda (January 12, 1863 – July 4, 1902) is considered as one of the most influential spiritual educationist and thinker of India. He was disciple of Ramakrishna Paramahamsa and was the founder of Ramakrishna Math and Ramakrishna Mission. He is considered by many as an icon for his fearless courage, his positive exhortations to the youth, his broad outlook to social problems, and countless lectures and discourses on Vedanta philosophy. For him, “Education is not the amount of information that is put into your brain and runs riots there, undigested all your life. We must have life-building, man-making, character-making, assimilation of ideas.” It is rightly said that, “The Swami’s mission was both national and international. A lover of mankind, he strove to promote peace and human brotherhood on the spiritual foundation of the Vedantic Oneness of existence. A mystic of the highest order, Vivekananda had a direct and intuitive experience of Reality. He derived his ideas from that unfailing source of wisdom and often presented them in the soul stirring language of poetry.” For example:

“All love is expansion, all selfishness is contraction.

Love is therefore the only law of life.

He who loves lives, he who is selfish is dying.

because it is law of life, just as you breathe to live.”

“Take up one idea. Make that one idea your life – think of it, dream of it, live on that idea. Let the brain, muscles, nerves, every part of your body, be full of that idea, and just leave every other idea alone. This is the way to success, that is way great spiritual giants are produced.”

“We are responsible for what we are, and whatever we wish ourselves to be, we have the power to make ourselves. If what we are now has been the result of our own past actions, it certainly follows that whatever we wish to be in future can be produced by our present actions; so we have to know how to act.”

Vivekananda’s personality was notable for its comprehensiveness and deep sensitiveness to the evils prevalent in the socio-economic and moral structure of the country. He preached both monistic asceticism and social service. His intellectual vision was immensely clear and he could easily penetrate into the currents and cross-currents that were manifested in the history of India. 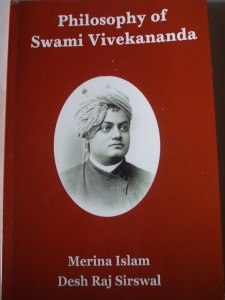 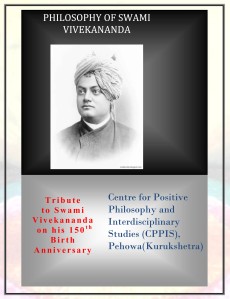 Centre for Positive Philosophy and Interdisciplinary Studies (CPPIS) Pehowa (Kurushetra) published a book “Contemporary Indian Philosophy” published in 2013 and its one part was dedicated to Swami Vivekananda. This book is the proceedings of First Session of SPPIS. 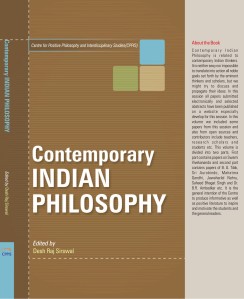 The Positive Philosophy Society of Department of Philosophy, P.G.Govt. College for Girls, Sector-11, Chandigarh dedicated one issue of “Sophia:Student Magazine” on Swami Vivekananda and released it on the occassion of Teachers’ Day Celeberation. 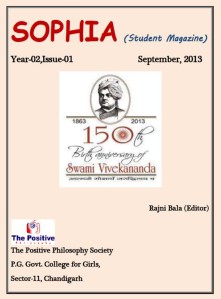 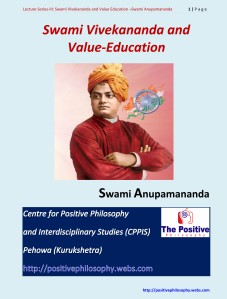 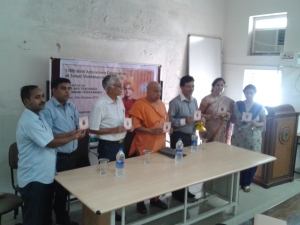 This special site is created for this special issue of Milestone Education Review (The Journal of Ideas on Educational & Social Transformation).